The best Sunrise trekking in Annapurna

Ghorepani-Poon Hill Trek is one of the best things to do in Nepal. Located in the western part of Nepal in Annapurna massive, Poon Hill trekking is known as Annapurna Balcony Trekking/Annapurna view trekking and Ghorepani poon hill trek is an easy and short trek suitable for those who have a short vacation to experience the mountain life. Poon Hill trek is also perfect for first-time trekkers who want to experience the pleasure of walking in the mountain trails and enjoy the beautiful views of Himalayan peaks.

Ghorepani-Poon Hill Trek begins from and ends in Pokhara, a beautiful lake city renowned for its natural beauty. The central attraction of this trek is a Sunrise view from Poon Hill (3200m), one of the most popular viewpoints after (Kalapathar in Everest Region Trekking) for viewing Annapurna I (8091m), Fishtail, Mardi Himal, Himal Chuli, Gangapurna, and Dhaulagiri I (8156m) Himalayan ranges.

Poon Hill trekking route is much nice and passes through the local village, Rhododendron forest, snow feed rivers, waterfall. While in this trek you will pass several small tea houses, magnificent mountain views from Ulleri-Ghorepani-Tadapani and Ghandruk. Ghorepani is inhabitant by Magar tribes and Tadapani and Ghandruk are well settled by Gurung tribes.

The fact of Ghorepani Poon Hill trek is flora and fauna, local culture, the sunrise viewpoint Poonhill and Gurung museum at Ghandruk nice and popular for natural beauty and amazing landscapes. Along the trek, you can have different variety of food from Veg. to Non-vegetable food.

Your 5-days guided trek to Annapurna poon hill will be the world memorable one! Global Adventure will guarantee your happiness! Your leader/guide is certified and knowledgeable about the trekking area, safety. You do not need to be the extremely good walker for this trek but as long as you physically fit, this trek can be done without any problems. Ghorepani poon hill trek is a relatively easy trek in Annapurna region. If you would like to extend your trek to Annapurna Base Camp please visit Annapurna Base Camp trekking package.

Day 01: Upon arrival in Kathmandu International Airport, Global Adventure Trekking staff will meet you and coordinates transfer to Hotel.

• Pashupatinath Temple: Nepal's most sacred Hindu shrine and considered one of the greatest Shiva sites, is located on the banks of the Bagmati River five km north-east of Kathmandu Valley.

• Boudha Nath Stupa: The largest stupa in Nepal and the holiest Tibetan Buddhist temple outside Tibet. It is the centre of Tibetan culture in Kathmandu and rich in Buddhist symbolism.

• Monkey Temple: Swayambhunath is an ancient religious complex atop a hill in the Kathmandu Valley, west of Kathmandu city. It is also known as the Monkey Temple as there are holy monkeys living in the northwest parts of the temple.

• Kathmandu Durbar Square: Also known as Hanuman Dhoka Durbar Square is the plaza in front of the old royal palace of the then Kathmandu Kingdom. The Durbar Square is surrounded by spectacular architecture and vividly showcases the skills of the Newar artists and craftsmen over several centuries.

After having early breakfast, we start our journey by tourist bus to Pokhara with beautiful views of green hills and villages. Along the way the bus stops for Lunch and rest time and continue drive to Pokhara. Pokhara has many beautiful lakes, of which Phewa Lake is the most visited. Explore Pokhara city and Overnight in hotel Pokhara. B/B plan

After having the breakfast at the Hotel, the trek begins after the short drive to Nayapul. Trail goes through the deciduous forest and over look waterfalls, mountain and rice field. Overnight at guest house.

You are going all the way up hill to Ghorepani but apart from the first part till to Ulleri then gradually up through the rhododendron and pine forest. Orchid flowers and moss are making the forest more colorful. Over night at Guest house.

Early morning your professional guide takes you to Poon hill 3155m. for Sun Rise, Mountains views and back to lodge and trek begins through the rhododendron forest to Tadapani. The great views of Dhauligiri range,Annapurna range and Lamjung Himal range will be in-front of you

After returning back from poon hill we trek to Tadapani via another village of Banthanti, where we take lunch and Short walk to Tadapani. Overnight at Guest house.

As we are above the 2600m the vegetation, flora and fauna waterfalls, and wide range of landscape can be seen. This day is short day to walk so will have village sightseeing in the Ghandruk. Overnight at Guest house.

After your breakfast at lodge, trekking will start at about 8 am. First part of the trek is downhill but not steep one. Amazing landscape and mountain views will keep your eyes busy. We will have a lunch at Syaulibazar and mostly flat to Nayapul for another 2hrs. From Nayapul transport to pokhara. Over night at Guest house.

Day 10: After the healthy breakfast we drop you at the airport for your final departure for your onward destination.

Ghorepani Poon Hill Trek departure schedule is as follow. Please check us back for your preferred departure date if these schedule trek does not suit your requirement, We may have optional departure every week. 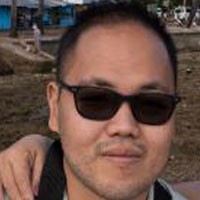 We used GAT for our trip. It was very seamless as Krishna arranged everything that we need including accommodation, flights, ...

Two Weeks in Nepal, trekking and all that,

A friend recommended the Global Adventure Trekking Company to get a kick start on trekking in Nepal. My wife and ... 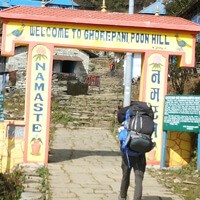 I had a fantastic experience trekking in the Annapurna range to Ghorepani and Poon Hill. My guide's name was Chubi ... 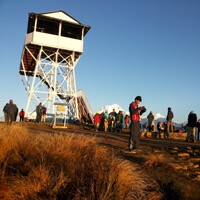 Krishna M.D. of Global Adventure Trekking Company in Nepal was willing to walk through all options of our trip and ... 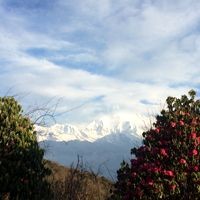 I am so happy to have gone with Global Trekking! I initially chose them because they had the best price ... 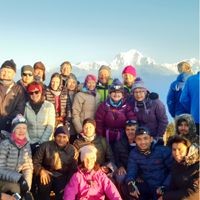 I am glad that we traveled with GAT. Rajan arranged everything for our trip to Pokhara and Chitwan well at ...