An epic journey through remote and stunning stretches of the Annapurna region. The most adventurous and scenic overland tour on the barren land of Lo Manthang in between Annapurna (8,091 m) and Dhaulagiri (8,163 m). Nepal is known as the home of thousands of Himalayan peaks including the world tallest Mountain and its neighbors. It is not only the adobe of Himalaya snow-capped mountain, but Nepal is also a country of diverse landscape, multi-language, and multi-culture and customs. Yes, the capital city Kathmandu is the home of Temple. 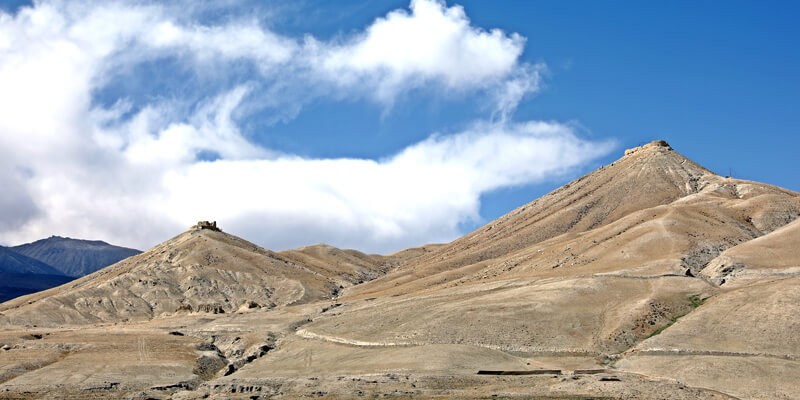 Among several vibrant corners of Nepal like Annapurna Circuit and Everest Base Camp, Upper Mustang is as beautiful as Heaven. It is hard to describe in detail the landscape, culture, and customs of the local people who have been practicing Tibetan Buddhism and sharing the tradition. Upper Mustang was a restricted demilitarized area of Nepal until 1992 AD which makes it one of the most preserved areas in the world. Life in Mustang revolves in tourism, animal husbandry, and trade. Every trekking region of Nepal has its own features and Upper Mustang has the Tiji festivals which fall on 19th May 21st May 2020. Tiji festival is the most colorful and important festival among the Mustang people. Due to the rapid development of China/Tibet, this area also highly influenced by that and it does have an overland tour facility from Kathmandu. Visiting Upper Mustang can be a dream trip to everyone and Global Adventure is here to deliver the overland trip to Mustang.

What is the Tiji festival?

The Tiji Festival is the most favorable festival in the Upper Mustang region of Nepal. Ancient mythology relates how the Tiji Festival was celebrated to mark the victory of wellbeing over evil. It is believed that what is now the Mustang region was in trouble, and was being destroyed by a demon who spread disease and took away water. Dorje Jono fought and defeated this demon and the festival celebrates his victory with prayer chants and colorful dances. 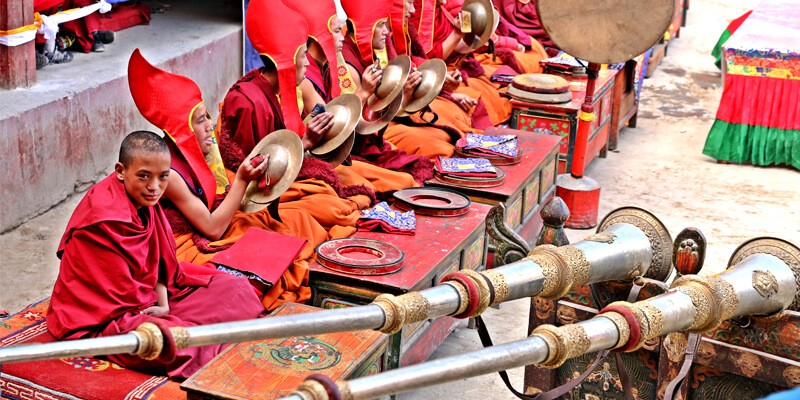 Dorje Jono (known also as Dorje Phurba, Vajrakila, or Vajrakumar) is the name of a deity in Vajrayana Buddhism, an age-old Buddhist practice in India and Nepal. The Buddhist masters Padmasambhava of Nepal, went on to introduce this practice to Tibet during the 8th century, where it then branched into many lineages.

However, the Tiji Festival in Upper Mustang did not start until the 17th century, when the Mustangi King Samdup Rabten invited Sakya Trizin Ngawang Kunga Sinam to come to Lo Manthang. He stayed at Lo Manthang’s Chhode Monastery and performed the special Vajrakila ritual for the wellbeing of all sentient beings, and also to chase away all negative elements in Mustang.

Nepal is for all season, however, going to Upper mustang in winter (December to January) will be much colder and the temperature falls down to 5 degrees to -25 degree. Apart from these 3 months, March to November is the best time to visit. Especially if people are planning to visit Nepal in the monsoon season (July to August), it is a nice time of the year to visit because of the rain shadow area of Annapurna and Dhaulagiri. 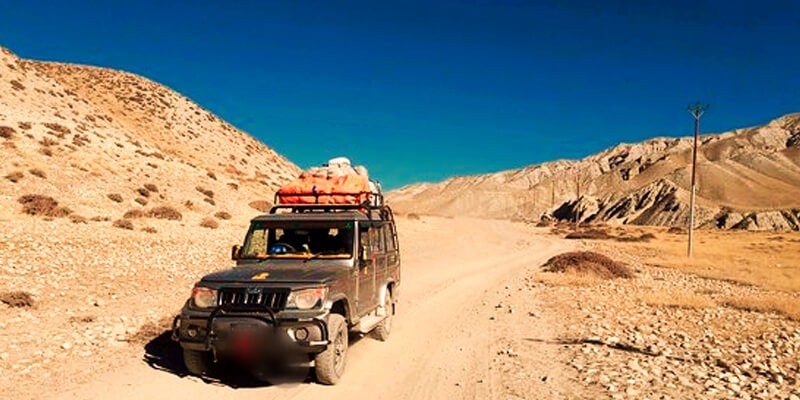 Upper Mustang has road connectivity nowadays. It is possible to have a jeep drive all the way to upper Mustang from Kathmandu. If you are a trekking and hiking lover then take a flight to Pokhara and Jomsom and walk to Upper Mustang which will takes 5 days to reach Lo Manthang. After having 2 days of exploration treks back to Jomsom for 3 days.

It would take 3 days about 71 km from Jomsom to Lo Manthang by jeep. Due to the altitude sickness, we have to go slowly and making a side trip as much as possible to the Monastery and cave along the way. A detailed overland tour itinerary to Upper Mustang through Kali Gandaki Valley is available here.

As I have describes above, It is a restricted area of Nepal and every traveler should have a special group permit. The permit issued by a registered and legal Trekking Company under the Nepal Government.

Upper Mustang permits cost- $ 500 USD per head for the first 10 days and thereafter 50 USD per day.

What is the maximum height of Upper Mustang Trek?

Upper Mustang is famous for snowcapped mountains, its terrains, and the view of the Tibetan Plateau. Generally, temperature ranges from 10 degrees to 15 degrees in the day time and 0 degrees to -10 degree in the night time